Your Team. Your Win. Your Ring.

Our team of championship ring designers will bring your vision to life and let you customize every aspect of your soccer championship ring from start to finish. We custom-design your ring starting with the base material (Stainless Steel, Bladium, Silver or Solid Gold), the overall look and design of the ring, wording, and the finishing touches with stones and jewels to make it sparkle. 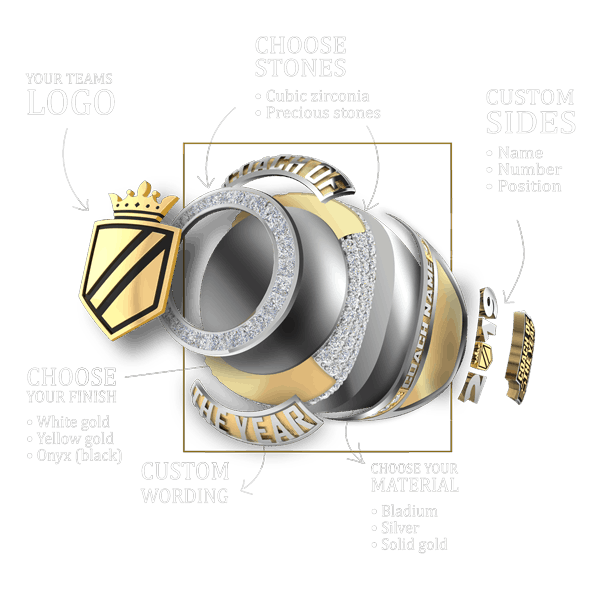 Ready To Build Your Championship Ring? Get in Touch!